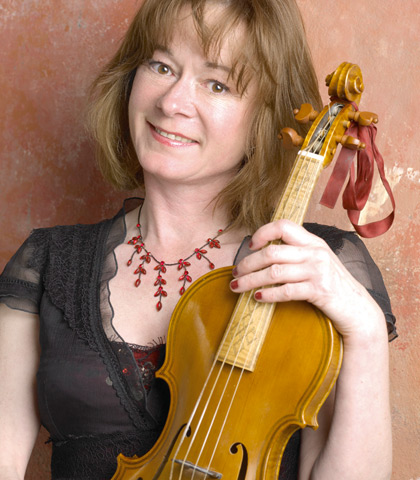 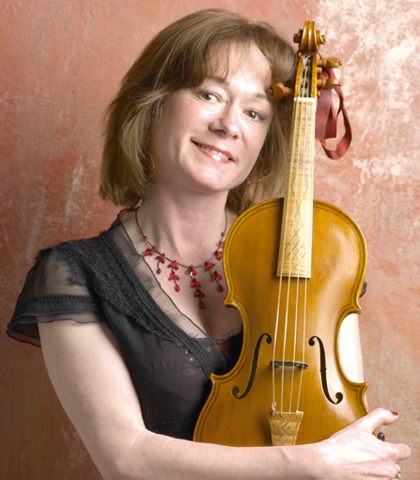 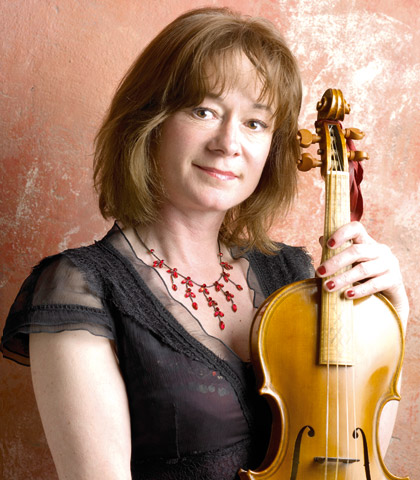 Sharon Lindo joined the New Scorpion Band in 2001, bringing a new diversity to the group's instrumental sound and transforming its harmony vocals with her strong singing. Trained at the Royal College of Music and the Guildhall School of Music and Drama, she has a busy and very varied career playing early bowed strings and wind instruments with many of the country's leading Early Music ensembles, including The Sixteen, The King's Consort, The Broadside Band, Red Byrd, His Majesty's Sagbutts and Cornetts and The Dufay Collective. She is also active in the Baroque orchestral world, a principal violinist for Devon Baroque and leader of the Marches Baroque Orchestra based at Hereford Cathedral.

Sharon's broadcasts for television and radio include the solo rebec on Jimi Hendrix's “Purple Haze” for BBC4's “The Medieval Mind”, and violin for Peter Ackroyd's “Biography of London”, also for BBC television.

Sharon is a regular performer for the Shakespeare's Globe Theatre, with tours to Japan, Italy and the USA, and has participated in at least fourteen productions there. She has made several recordings for the Globe, including the best-selling “Elizabethan Street Songs” by Tarleton's Jig.

With Dance Back in Time Sharon gives presentations and workshops in historical music and dance, performing in museums, stately homes and schools, including workshops at the Tower of London.

Sharon enjoys playing different styles of music, particularly when dance-related; she and Robin Jeffrey are also members of the Tivoli Café Band, performing romantic songs and dance tunes from around Europe c1850-1950.

Sharon lives in Wiltshire, and plays trombone with the local bands, gigs permitting!